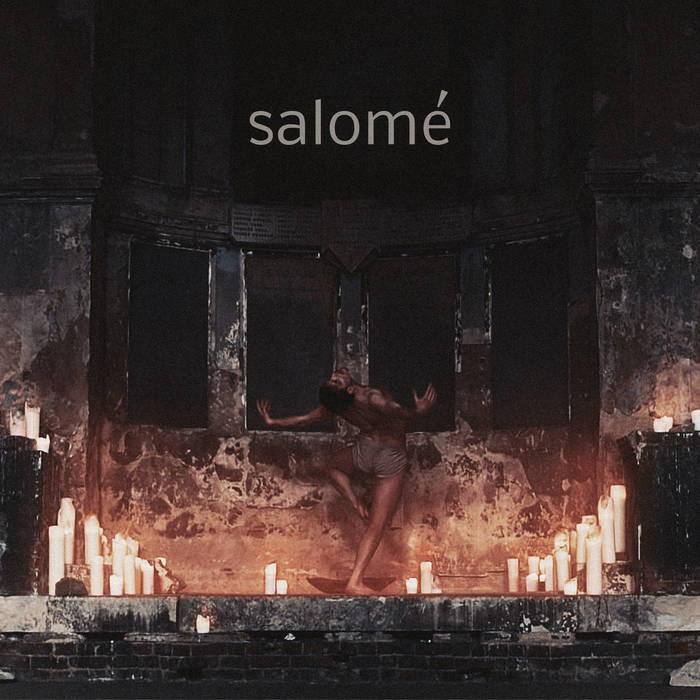 Sexuality and dogma collide in provocative study of the human nature.

Salomé is the new dance short film by director Rogério Silva in collaboration with London-based EDIFICE Dance Theatre (EDT). The film, loosely based on Oscar Wilde’s play of the same name, captures the electric moment Salomé and Jokanaan first meet. As the fateful encounter begins, sexuality and dogma inevitably collide in a spiralling dance of obsession and rejection. Progressively, Salomé’s wicked gaze permeates the principles in which Jokanaan’s built a life of virtue and restraint.

To begin with, both Silva and EDT felt it important to strip away centuries-old interpretations of female subservience that is present within the biblical narrative. The film looks more favourably towards the text of Oscar Wilde, where the once nameless daughter of Herodias becomes a young woman charged with agency and power. Aligned with Wilde, the film embraces Salomé as a complex figure and liberates her desire to consume the world around her.

But unlike previous adaptations of the material, the film focuses on the effect Salomé has upon Jokanaan and his world of orthodoxy. Far from casting Salomé as the poisonous woman that corrupts Jokanaan, Silva and EDT chose to highlight both characters strengths and weaknesses, for a thought-provoking portrayal of one of humanity’s most enduring battles – sexuality versus dogma.

Ultimately, neither Salomé nor Jokanaan evolve their unreconcilable values, but the encounter provokes in them a profound question. Can they dare to consider, even if momentarily, entirely conflicting values and beliefs to their own? Can Salomé appreciate the appeal of a system that rewards restraint with a protected existence? And can Jokanaan realise that morality is all but mankind’s invention and, therefore, malleable?

Rogerio Silva is a writer and director based in Barcelona, Spain. He has directed multiple dance short films, including “edifice” and “Abaddon”, which struck a chord with audiences online and gained upwards of 20 million views (YouTube, Vimeo and Facebook combined). His work has featured on Vimeo Staff Picks (Best of the Month), The Creators Project (VICE), Nowness Picks, Little Black Book, Fubiz, among others.

EDIFICE is a UK based dance theatre company co-directed by choreographer-dancer duo Carmine De Amicis and Harriet Waghorn. Together they have developed a hybrid language for choreography that combines ballroom and contemporary dance. The company began in 2015 with the launch of dance film ‘edifice’ and have since produced and toured multiple sell out live shows. Their work has featured on Netflix, at the BFi Film Festival ’18, Nowness Picks, Vimeo staff picks and The Creators Project (VICE).

«I feel that a lot of people in life have a period when they come to Ambient music. Perhaps spiritual growth pushes us to perceive more subtle sound matter when we listen not to listen, but to hear» ... more

Bandcamp Daily  your guide to the world of Bandcamp